A Wisconsin farmer got quite the shock when she delivered a two-headed goat that has the ability to eat with both heads. 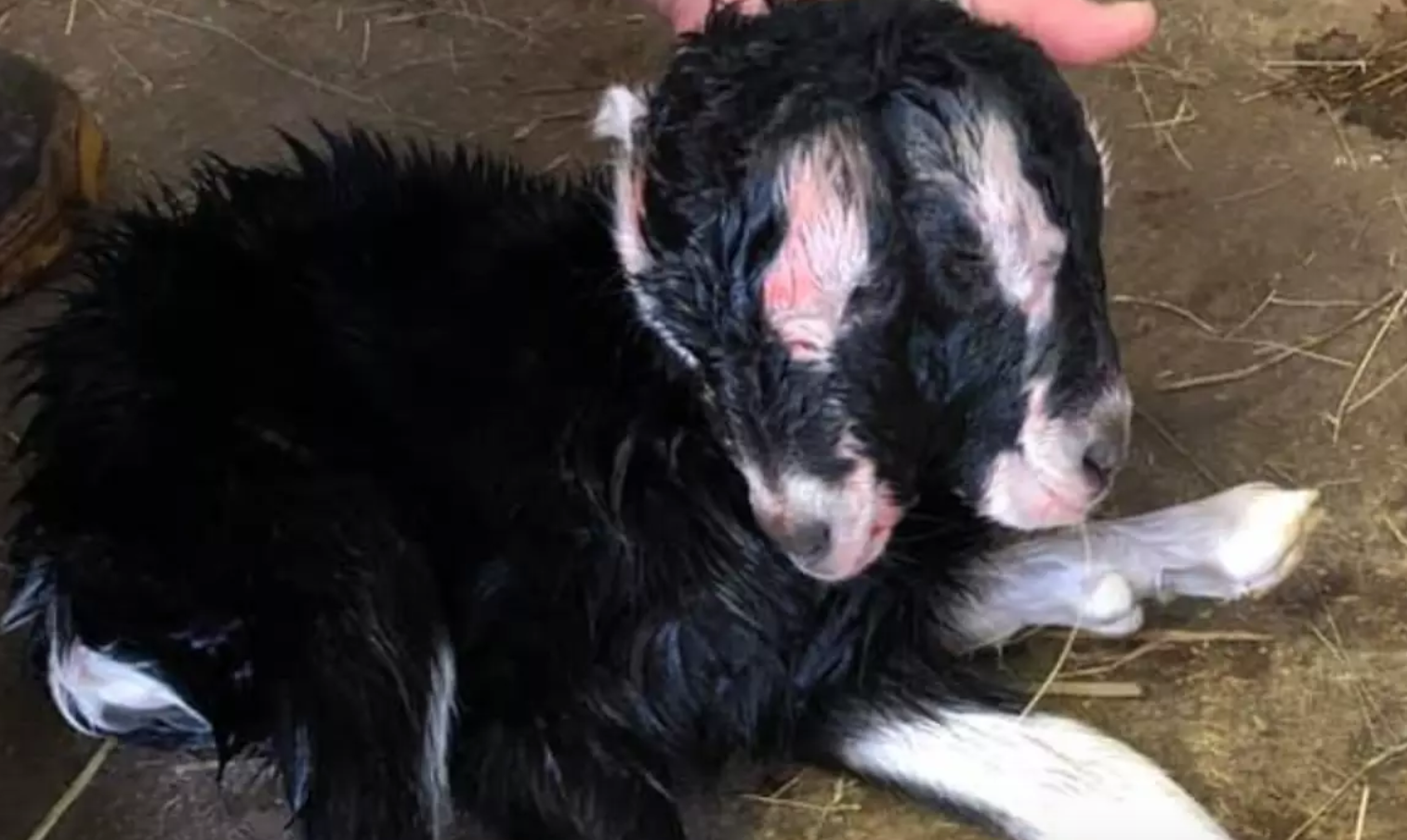 In Wittenberg, Wisconsin, the Nueske family helped deliver the kid after the mother was found struggling to deliver.

“I started to assist her and I was very confused at first but then I realised the heads were attached and I was very shocked. It had four legs, two ears, four eyes and two noses," Nueske said.

“We have been milking goats for six years and never had anything like this. We usually have about 700 babies born each year and nothing like this has ever happened until now.”

Two-headed creatures occur when an embryo splits, as if to form twins, but does not split successfully. Conversely, it can occur the opposite way where two separate embryos fuse together into a two-headed creature.

Few animals that are born with two heads survive past birth, however, the kid is alive and healthy. New footage showed the goat, named Janus, learning to walk.

Janus is named after the Roman god depicted as having two faces.

While the odds of him surviving to adulthood are unknown, the Nueske family is keeping him as a pet in the meantime.

“We’re just doing the best we can to keep him strong and healthy, and hoping for the best. We are a very caring family farm, we try our best to help any animal we can."

“We had never seen anything like it before, but our shock has turned into curiosity.”