You can be anything you want to be with a little determination - or at least this deer can. Meet Bramble, the rescued deer who decided he'd rather be a dog. 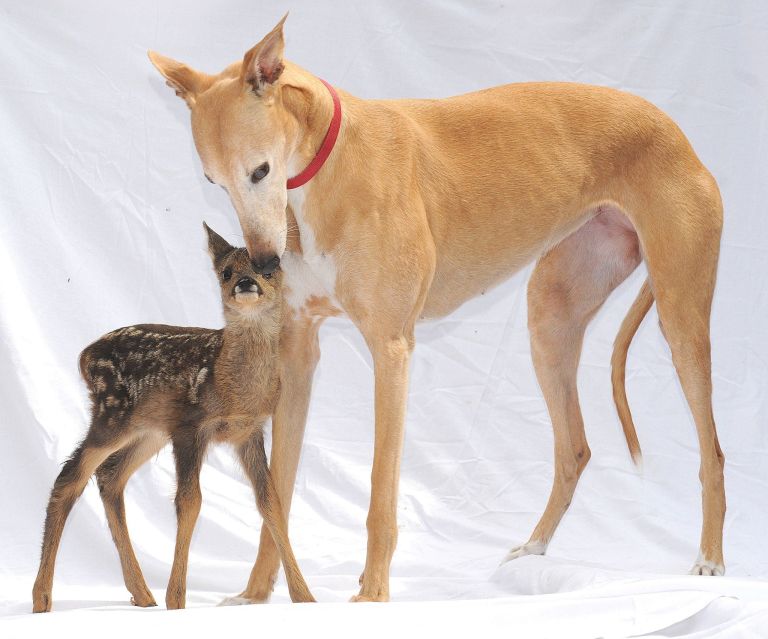 When 2-week-old Bramble was found alone and unconscious in a field, concerned citizens took him to 66-year-old Geoff Grewcock's wildlife sanctuary in Nuneaton, England. After nursing him back to health and refusing to release him back into the wild after three failed attempts and fearing he'd be shot, Geoff decided to keep Bramble at his bungalow with his other pets. 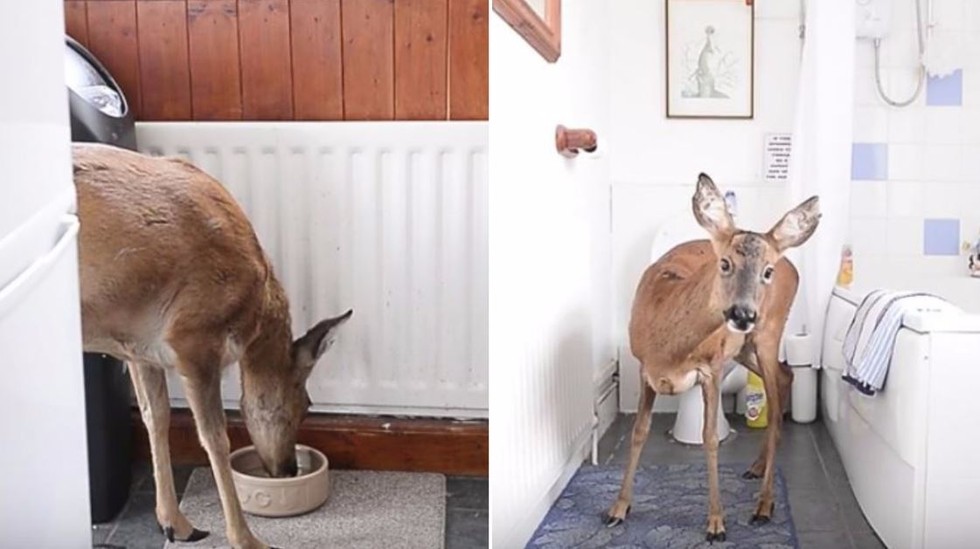 Ever since, the adorable deer hasn't lost any time fitting in with the family's dogs. Now 10 years later, Bramble greets guests at the gate, drinks out of a doggie bowl, and even raids the pantry and fridge like a mischievous pup. 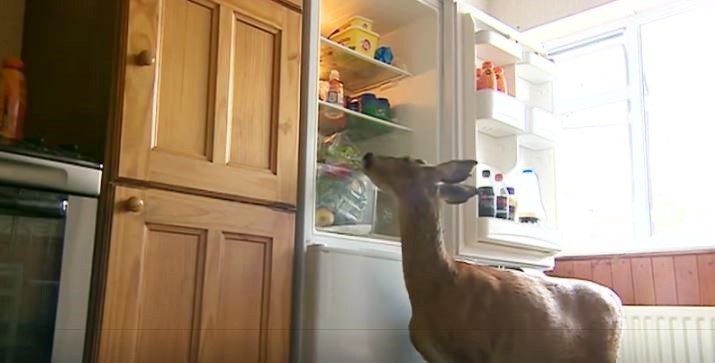 "He's just like a dog or a small child," Geoff said in the video below. "He just comes in the house [and raids] the fridge and the cupboards. He'll take all the food out. And the food he doesn't want he'll just drop in front of the dogs. So when he starts raiding...a lot of times the dogs will sit 'round him, thinking 'Oh I'm gonna get food.'"

So watch out, Bambi! Bramble is here to steal our hearts and he's not going anywhere!